The cult of death in Mexico is a millenary tradition of Mesoamerican origin that honours the deceased. Practically all the cultures of the pre-Columbian era gave life to this celebration. The Mexicas, Mayas, Totonacs and Purépechas were the main cultures that celebrated their deceased. They used to keep skulls as if they were trophies, and then exhibit them during the rituals of death and rebirth. The celebrations were dedicated mainly to deceased relatives and children.

The Day of the Dead was a tradition widely practised by the Mexicas and is now widespread throughout Mexico, with slight variations depending on the region.

Day of the Dead in Oaxaca, México. Picture of: tomrobinsonphotography.com

Day of the Dead in Mexico, living culture

Cultural transformation begins with the conquest of the Aztec Empire by the Spanish in the sixteenth century. Spain brought its own customs to celebrate its dead, giving rise to a mixture of European Catholic traditions with the pre-Hispanic ones of the New World. For Europeans, the celebration was basically religious and was called All Saints Day and All Souls Day. This mixture of traditions gave rise to the current Day of the Dead in Mexico.

From October 31, Mexican families begin to celebrate by placing an offering to their deceased. The tradition indicates that the souls of the dead will come to visit the living on November 1 and 2, so they must be welcomed with food, drinks, toys and objects they liked in life. All these elements make up the offerings:

Food. It can be any food the deceased liked in life. The most traditional are seasonal fruits such as apple, sugar cane, tejocotes and guavas. Sweet potatoes, squash and rice pudding are an important part of the food in the offerings.

Pan de muerto (bread for the dead). Traditional bread in all the offerings of the dead in Mexico. In some places, it is also called puff pastry. It is a bread shaped like a sphere with 2 quills crossed in the centre. As a whole, it represents the shape of a skull and the 4 directions of the universe.

Flowers. The traditional one is the "cempazúchitl" or "cempasúchil". Typical seasonal flower, of intense yellow colour to decorate the offerings, altars and tombs.

Sugar skulls. Its origin is the "tzompantli" or altar of skulls that the Mesoamerican cultures installed in their ceremonial centres. It was a celebration of life since it had no place without the benefit of the gods. The skulls were the offering of the living to their gods. With the mixture of the Catholic religion with the prehispanic customs, the Spaniards modified this ritual giving rise to the sugar skulls, replacing the old "tzompantli". The sugar skulls in the modern Mexican culture, represent the festive tone in which the dead are remembered. They are made with sugar, chocolate or amaranth and are decorated with metallic paper eyes in different colours. They are also given a label with the name of the deceased, or with that of a loved one, to present it in a festive tone. Sugar skulls are edible.

Objects. They range from photographs of the deceased to toys that were children's favourites. There are also cigars, hats and even weapons.

Candles. They illuminate the way that souls must travel to reach this world and return to theirs at the end of the celebration.

Incense of copal. Copal incense is lit to ward off evil spirits that may accompany the souls of the deceased during their visit.

Day of the Dead offering in Mexico. Picture of: wikimedia.org

Hanal Pixán, the celebration of the dead in the Mayan Culture

For the Mayan Culture, the celebration is not called Day of the Dead, but Hanal Pixán, which means "Food of souls". It is celebrated by the inhabitants of the Yucatan Peninsula from October 31 to November 2, although the preparations begin well in advance.

The custom indicates that the Mayans celebrated their dead without a fixed date. Each day they made an offering to their dead ancestors and had a fixed place within their homes destined for that purpose. In some cases, the Mayans used to whitewash the skulls of their deceased by putting them in the sun; Then they painted his name on his forehead to remind him.

With the arrival of the Spaniards, the Mayan custom was forced to mix with the Catholic by designating fixed dates for this celebration. Now the altar or offering in the Hanal Pixán mixes the elements of both cultures to give rise to "the food of the souls". In the Mayan offerings, 3 elements stand out:

Table. It is made with branches of the plant "X'Colonché". They avoid the use of nails or wires so as not to hurt the souls when they arrive. Other materials such as clay, mud and jícaras are also placed.

Tablecloth. The tablecloth means the clouds that separate the thirteen higher heavens from the nine lower heavens. If the deceased is a child, the tablecloth is colorful, but if it is an adult, it should be white or gray.

Censer. The copal incense is lit and burned in the censer, as in the Mexica tradition, to make the stay of the souls pleasant while feeding.

Water and salt. They represent the origin and the end of life. They are placed in jícaras or "lec" (a container)  and also serve to guide the deceased on their way back to the underworld.

Mukbil chicken or pib. It is a great tamale made with corn dough and lard. It is filled with chicken and pork meat, tomato and chilli. It is wrapped in banana leaves and inserted into a hole dug in the ground, filled with wood and stones, where it is cooked "buried" as dictated by tradition. If you travel to Cancun or the Riviera Maya between October 31 and November 2, you will have the opportunity to experience the celebration of the Day of the Dead in Xcaret park. The "Festival of Life and Death" of Xcaret takes place at this time, with interactive activities, cultural presentations, poetry, sugar skulls, installation of offerings, seasonal foods and musical concerts. It is an excellent opportunity for you to learn a little more about the Mexican culture that gives life to this incredible celebration. If you want to experience firsthand how Mexico celebrates its dead, here you can buy your tickets to the Xcaret park and in the end, stay to live this incredible cultural expression. Two experiences on the same day!

And you, how do you celebrate these dates in your state or country? I await your comments.

See you next time! 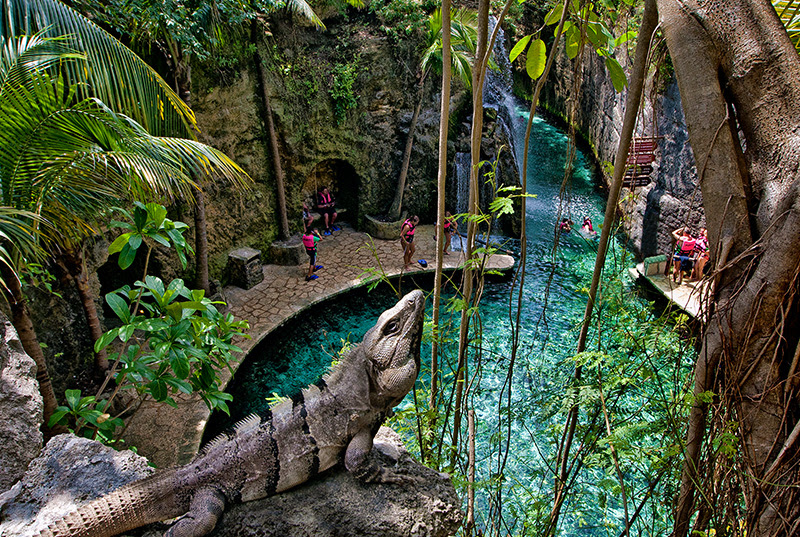 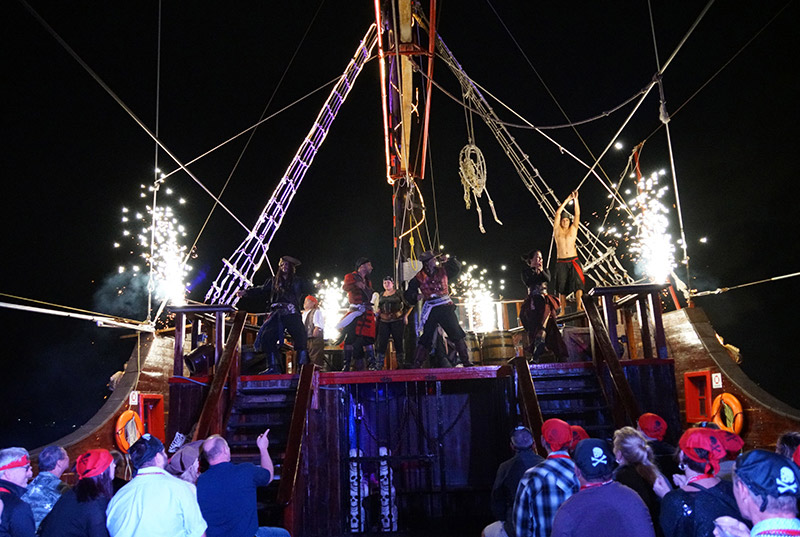 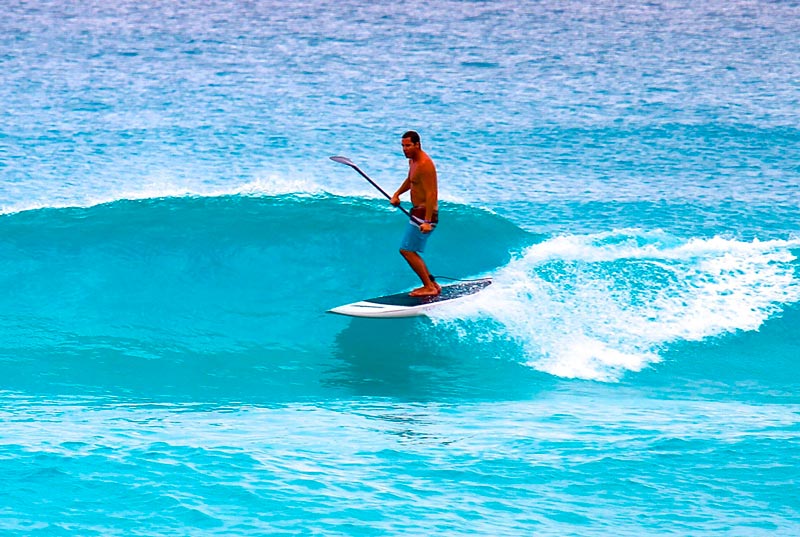 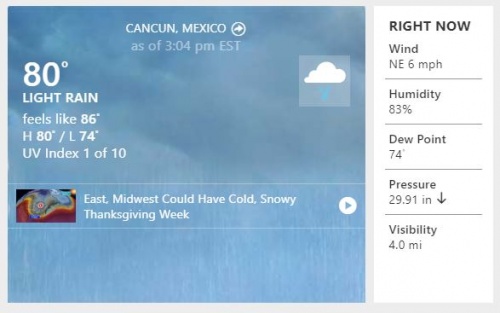 What to do to get good service in hotels in Cancun 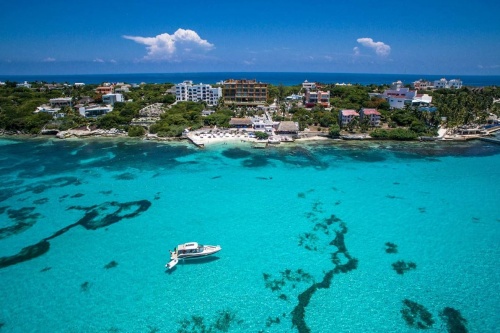 The 7 must do activities to enjoy vacations in Isla Mujeres